Constitution of the Irish Society of Human Genetics 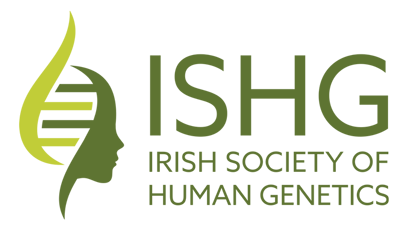 The name of the society is ‘Irish Society of Human Genetics’

Preamble: The Irish Society of Human Genetics is an independent non-profit professional organisation whose purpose is to promote and encourage the advancement and public awareness of Human Genetics and Genomics in clinical and research practice including:

4.1 The society shall consist of Ordinary and Honorary members, Corporate members and Overseas members. Only ordinary members of the society shall be entitled to vote in elections or at meetings of the society, or to be elected as members of the Council or officers.
4.2 The membership shall be open to those interested in furthering the objectives of the society and who have a professional interest in human genetics and molecular medicine.
4.3 Ordinary members shall be normally resident, or normally practice a relevant profession in Ireland. Persons may be nominated in writing by two members of the society for election as overseas members.
4.4 Companies may on the recommendation of the council be admitted to Corporate membership of the society on payment of the corporate subscription.
4.5 The executive committee may by a simple majority and for good reason choose to terminate the membership of any member provided that the individual concerned shall have the right to be heard by the executive committee before a final decision is made.

5.1 Persons of eminence who have contributed to the advancement of human genetics in Ireland shall be eligible for election as honorary members. They do not have to be Irish or living in Ireland. They shall be elected to the society on the recommendation of the council and they shall pay no membership subscription.
5.2 Ordinary members can choose to nominate an honorary member through the committee.
5.3 A maximum of one honorary member may be ratified per year.
5.4 Newly appointed honorary members will be presented at the annual conference with a lifetime achievement award.

At the annual General Meeting of the society, the members will be asked to ratify a chairperson, vice-chairperson, secretary, social media officer, sponsorship secretary and treasurer, whom have been proposed by the Executive committee. Two members will be required to ratify each position. Each position is honorary and shall hold office from the conclusion of the meeting.

10. Application of income and funds

12.1 The society shall, at the annual general meeting, appoint two members of the society to act as scrutineers for the ensuing year, who shall hold office for one year but who are eligible for re-appointment for a maximum of five consecutive years commencing with the year they were first appointed. On the expiry of any five year consecutive term a break of at least one year is required before reappointment. Should a scrutineer be unable for any reason to fulfil his/her obligations in a particular year, the chairperson shall be empowered to co-opt a replacement to act for as long as required or until the next annual general meeting. The scrutineers shall examine the books and accounts of the club and make them available at the annual General Meeting. The scrutineers may, if they deem it necessary, recommend to the Executive committee that then accounts be audited.
12.2 No executive committee member shall be eligible to act as a scrutineer or auditor.

14. Election of members of the Executive Committee

14.1 Nominations for any vacancies on the executive committee can only be accepted from candidates who have given their permission to go forward
14.2 The members of the executive committee shall be elected at the Annual General Meeting
14.3 Where the number of nominees exceeds the vacancies there shall be a secret ballot, overseen by two people appointed by the chairperson.

16.1 The executive committee is empowered to convene an extraordinary general meeting of the society either by the decision of the executive committee or when the president is requested by 25 or more ordinary members in writing to convene such a meeting. Notice in writing must be sent to all members not less than thirty days before such a meeting informing them of the date, venue and purpose of the meeting. No business other than that detailed in the notice shall be transacted at the Special General Meeting.
16.2 The quorum of an extraordinary General Meeting shall consist of ten percent of the membership.

All voting at Annual and Extraordinary General Meetings shall be by ordinary members of the society. Voting on items designated by the chairperson will be taken by a show of hands.

18. Members and the Annual General Meeting

Any member of the society must give notice of motions he or she wishes to move at any general meeting by sending the substance thereof in writing to the honorary secretary twenty days preceding the annual general meeting.

19. Alterations to the Constitution

20.1 If the executive committee decides that it is necessary or advisable to dissolve the society, it shall call a meeting of all members of the society, giving not less than thirty days notice and stating the terms of the resolution to be proposed.
20.2 If the resolution proposed is confirmed by a two-thirds majority of those voting members present, the executive committee shall be empowered to realise any assets held by or on behalf of the society.
20.3 Any assets remaining after the satisfaction of any proper debts and liabilities shall be given or transferred to an institution or institutions having similar aims as the club and failing that shall be applied for some other charitable purpose or purposes.